More than 10 sex workers have been killed in 6 months 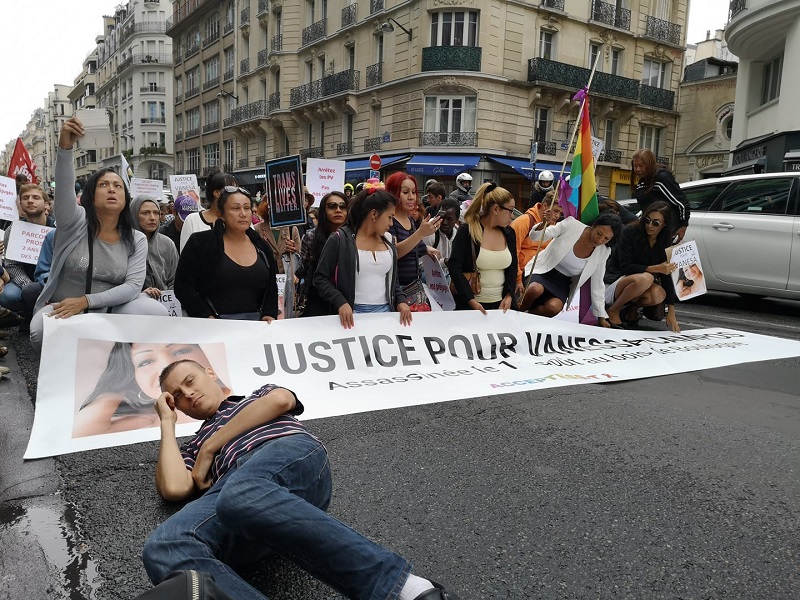 We are told that "prostitution" is violence and that there were already murders of sex workers before the criminalization of clients. But no. Not so many, not so often, not to that level. In 18 years of selling sex, I have never attended so many ceremonies and commemorations of deceased colleagues. In 15 years of whore activism and unionism, I’ve never seen so many STRASS members assaulted and raped, including one of our spokespersons and our General Secretary.

For this month of February alone, three members of our community have already been killed. Each time, we appeal to the government, and each time there is silence.

During the debates on the criminalization of clients, we were ringing the alarm about the increase in violence that we knew would follow. But never would we have imagined that it would be to this point. We were called ‘pimps’, as usual, and the law was passed. Today, it seems impossible to even question the prohibitionist dogma. We are not going to reopen such a sulphurous debate when the government must already manage the crisis of yellow vests and social protest ...

Evidence is mounting showing the catastrophe of the criminalization policies. The publications in The Lancet, the study directed by a CNRS researcher, the very concrete and very real deaths around us, nothing helps, the whores are liars, and those who attack France before the European court of human rights are necessarily manipulated.

We are told that it is still too early to measure the positive effects of the law. How much longer will we wait before admitting that there is no positive effect? The government's assessment of the law scheduled for April 2018 has yet to be released. However, we know that the IGAS (General Inspection of Social Affairs) report was delivered last December and that it is on the Prime Minister’s desk. Are we to conclude that this report is too compromising to be published and that it will end up in the trash like others before it?

The increase and extent of violence since the criminalization of clients has led to further organization of the sex worker communities. Self-defence courses have been set up by SWAG (Sex Worker Self Défense Group), the Jasmine Project has materialized with a signalling and alert system, but none of these projects receive political and financial support. This is due to the fact that these projects and organizations do not accept the national prohibitionist ideology. We are told that we cannot fight violence if we do not define "prostitution" as violence. The only legitimate policy is the "exit from prostitution", and the prohibitionist and Catholic associations enrich themselves by subsidies, even when they are publicly called out for discriminatory and transphobic remarks against the public they are supposed to help.

December 8, 2019, a woman's throat cut in Paris XVIIth century in her home

December 16, 2019, Maïa spokesperson for STRASS pushed to suicide after a cyberbullying campaign

January 13, 2020, 18-year-old woman found naked and tortured in a Yvelines forest (we don’t know if she is still alive)

February 19, 2020 in Lyon, woman defenestrated during a police check

February 21, 2020 Jessica voluntarily run over by a car at the Bois de Boulogne in Paris

During this period, other murders were not covered by the media, including those of 3 Chinese women known to the Lotus Bus about who we did not communicate at the request of their entourage and out of respect for their private life and that of a Nigerian woman we learned from a police authority. Maybe still others are unknown to us.

In Conversation With: Red Umbrella Sweden

On 31 May, the Swedish Parliament is set to vote on a proposal that includes ramping up penalties for the clients of sex workers from a fine to a prison sentence.